In an election with unexpected results, in which uncertainty prevailed until the last moment, Colombians voted 40.33% for Gustavo Petro and 28.14% for Rodolfo Hernández, the two candidates who will now compete for the presidency in the runoff election on June 19th.

With these results, Colombians showed clear dissatisfaction with the current situation and the political establishment, voting massively for a change. The results are in line with recent surveys on Colombians perceptions of their country, in which 74.1% say Colombia is on the wrong track, in addition to a growing unfavorable image and distrust of the South American nation’s democratic institutions.

The perceived establishment candidate Federico Gutiérrez did not manage to position a strong message, nor distance himself from the Government of President Ivan Duque, nor from the uribismo political movement, reaching just 23.87% of the votes. His vote share is a clear sign that in the final stretch of the campaign, Hernández was successful in swaying voters away from Gutierrez and convincing them to vote for him as another anti-establishment option.

Hernández has a better chance of beating Petro than Gutiérrez did, and much of the anti-Petro vote understands this. In the final days of the campaign, Gutiérrez behaved as if he were leading the polls and focused on a message of unity, when instead he should have been using his bully pulpit to publicly sharpen his ideological and policy differences with Petro.

For his part, the candidate from the center, Sergio Fajardo, who for weeks had been on a downward path in the polls, reached only 4.21% of the vote. The internal fights between the different candidates of his Coalition of Hope, and the lack of a clear message in an increasingly polarized political environment reduced his strength. Likewise, the fact that Fajardo did not take strong positions on issues weakened him because in the end the voters sought out candidates with more forceful positions on issues.

Petro, adopted a much more moderate speech in this election than he did four years ago and surrounded himself with politicians who have supported or participated in previous governments including that of former President Juan Manuel Santos and Ernesto Samper. On this election his position produced less fear and therefore managed to largely capture the voters who want change. Petro got 8,515,000 votes, about 500 thousand votes more than he got in the 2018 second round, which could show that he is close to his ceiling and still far away from 50 percent plus one he needs to become president.

For his part, Rodolfo Hernández, who was the big surprise in this election positioning himself as the true “outsider”, managed to capture not only a good portion of the anti-Petro vote, but also the vote of frustrated Colombians tired of the political establishment and traditional politicians. Using simple rhetoric focused on rooting out corruption, ending traditional politics, adopting austerity measures, and promising to govern with authority to achieve results, all wrapped in a package laced with sympathy, he managed to capture the vote of 5,948,162 million Colombians.

Hernández ran an innovative campaign. His tactics concentrated on using social media and traditional media appearances, shunning the traditional big national events across the country, demonstrating, once again, that for presidential elections, large crowds are not a sign of electoral strength. His campaign also showed that not having a formal structure or political machine in place, might not be a weakness after all to achieve the Colombian presidency. 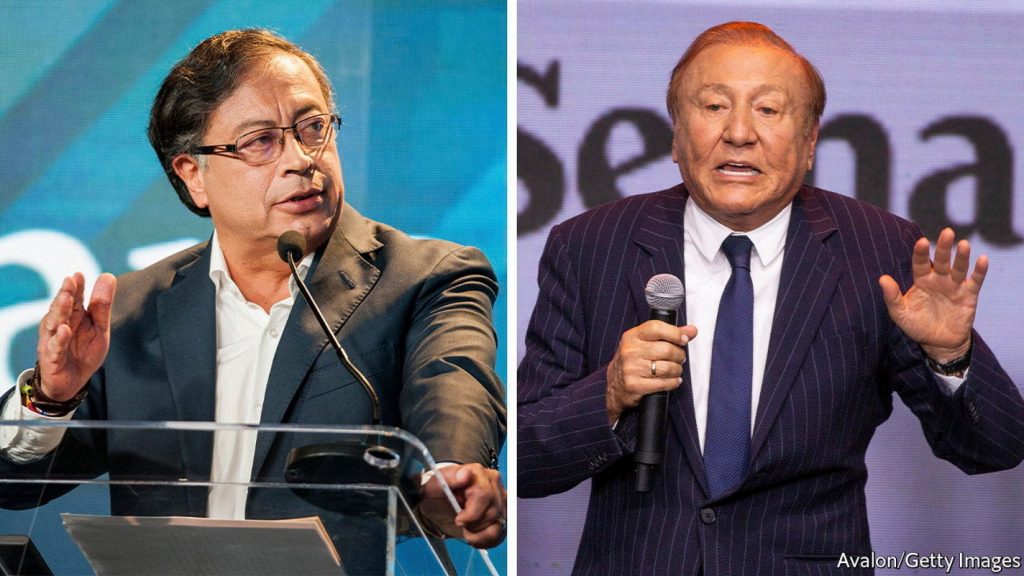 The battle over who represents the real change.

In 2018, the presidency was fought between two country models: one on the left that veered towards socialism and the other on the right pledging to keep Colombia’s open market economy. In 2022, things have changed and if the choice in the first round was between continuity and establishment versus change, in the second round, the competition will focus on who represents real change.

In that fight, Petro is in a more difficult spot this time around because in his attempt to appear more moderate in order to expand his voter appeal beyond his base, he surrounded himself with establishment politicians, diluting his change credentials, which was his most valuable asset. This is a profound paradox that he will have to overcome if he wants to win the runoff election since this time around, he will not only have to face the anti-Petro vote, but he must also be able to demonstrate that he does not represent the political establishment and that he has joined the nation’s elite.

In his speech following his first-round electoral victory, Petro’s lines of attack against Hernandez became clear: one the one hand, voting for Hernández is a leap into the unknown, due to his erratic behavior and lack of preparation and team; on the other hand, Petro branded Hernández as nothing more than a new phase of uribismo.

For his part, Rodolfo Hernández not only has a loyal established electorate already in hand, but according to the latest CNC survey, 64.4% of those who voted for Fico would choose him in the runoff election, compared only 7.9 % who would side with Petro.

Hernández has the challenge of continuing to win supporters, and he will have to be careful with the endorsements he receives from the political establishment because he could easily be framed as the right-wing candidate. Perhaps it will be best for him to ignore establishment support, if he wants to remain the outsider in the race. Likewise, he must delve deeper into his policy proposals and show that he will be able to govern effectively.

Governance and feasibility of change

If Rodolfo Hernández becomes President, it is highly likely that he will govern in an authoritarian manner, with close ties to the military, through social media and seeking to demonize the Colombian Congress at every turn. There will most likely be constant conflict with Congress and he will therefore appeal to public opinion and denounce congressional members who do not support his projects. Additionally, he will face strong opposition from the left and its social movements, which will most likely generate more conflict.

For his part, if Gustavo Petro becomes President, he will most likely have a transactional relationship with Congress. Under this scenario, he will have to appoint a much more representative, moderate cabinet than he would have wanted if he truly wants to achieve the reforms he has presented so far. Therefore, he will have to moderate his positions more and probably break his campaign promises, facing as President Boric is experiencing in Chile, demonstrations in the streets.

Uncertainty for the private sector

For the private sector, the results of the first-round election show that the majority of Colombians want change with a hope of a better future, regardless of economic growth and other indicators. These results create even more uncertainty for the future of Colombia. Additionally, faced with an uncertain global outlook, with higher inflation, higher interest rates, a possible economic slowdown, and food shortages, in an impoverished country with ever-widening social gaps due to the pandemic, the next president of Colombia will have incentives to adopt populist and interventionist policies, regardless of their campaign promises. 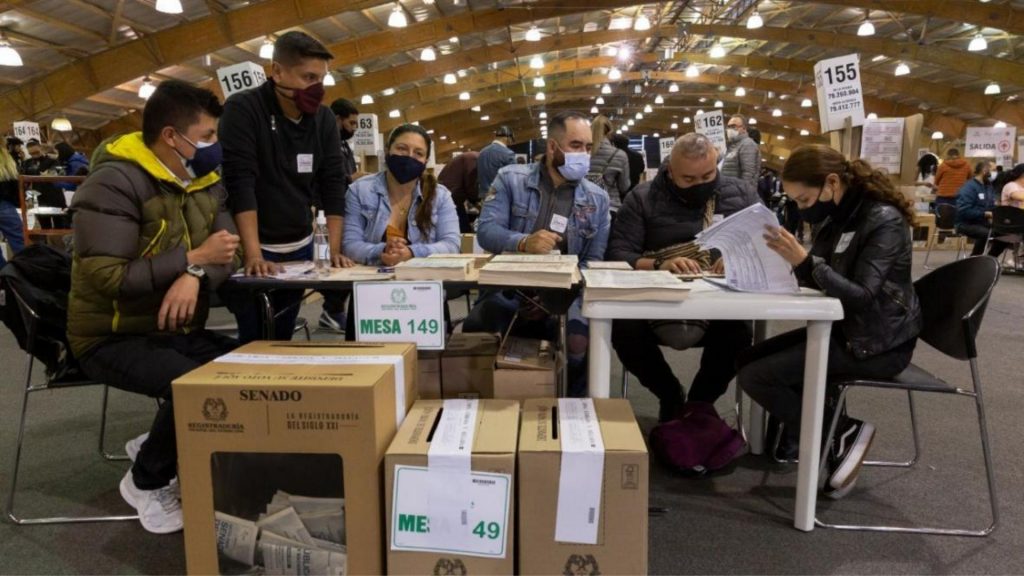