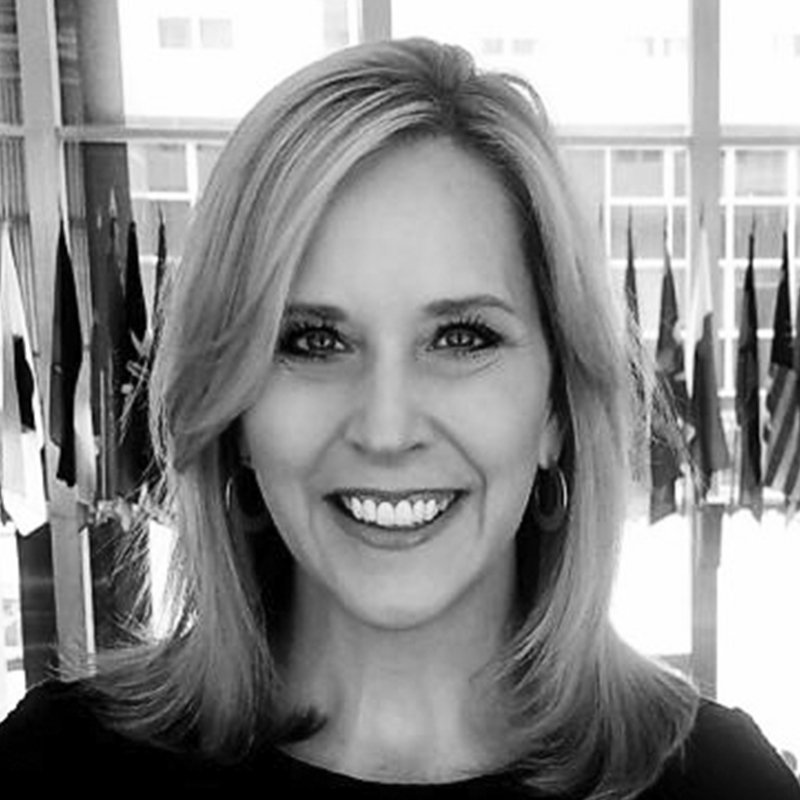 Adrienne Ross, a prominent international global affairs consultant and communications expert, offers a thorough understanding of US and Latin American politics and business, gained through two decades of focused policy, strategy, and extensive crisis and breaking news work. She has served as the US Department of State Deputy Assistant Secretary for Strategic Communications (2018-2020); the US Department of State Bureau of Western Hemisphere Affairs Senior Advisor (2020); the United States Agency for International Development (USAID) Bureau for Latin American and Caribbean Affairs (LAC) Senior Advisor (2020-2021); and a broadcast journalist and consultant (2000-2017).

In 2018, Ms. Ross was sworn in as the first US Department of State Deputy Assistant Secretary for Strategic Communications. She shaped the role by working closely with Department leadership, including US Ambassadors and other principals to convey the administration’s foreign policy decisions and represent the United States Government abroad. Subsequently, she served as the Senior Advisor for Communications in the Bureau of Western Hemisphere Affairs, where she led messaging on the humanitarian and political crisis in Venezuela, often coordinating outreach efforts among the White House, National Security Council, the State Department and the Organization of American States, while always interfacing extensively with foreign and domestic media. In 2020, her focus shifted to USAID where she continued to be deeply involved in the effort to end the political strife in Venezuela, while also leading the campaign to counter China’s nefarious activities in the region.

Before joining the Department, Ms. Ross, a seasoned broadcast news professional, gained tremendous experience working for national media outlets including FOX, CBS and NBC. As a journalist, she covered assignments on Capitol Hill, US presidential campaigns in battleground states including her home state of Ohio, the wars in Iraq and Afghanistan, as well as hundreds of breaking news crises around the world. In 2014, Ms. Ross established the communications program at the Adrienne Arsht Latin America Center on behalf of the Atlantic Council think tank in Washington, DC, in Spanish, English and Portuguese. The mission strived to promote Latin America’s dynamic development and introduce key international stakeholders to the region. In 2013, she proudly assisted a team of independent Bolivian journalists by translating (Spanish to English) their book on the history of democracy in their country – the first of its kind.

Ms. Ross’s regional command extends to Afghanistan and South Central Asia. While working closely with the Afghan Ambassador Said T. Jawad, she provided strategic counsel to the Government of Afghanistan, including President Hamid Karzai. Her work was aimed at improving bilateral relations between the US and Afghanistan, as well as NATO nations, and she often accompanied Afghan Cabinet Ministers to Capitol Hill. A long-time champion of increased women’s rights in the Islamic Republic, Ms. Ross was invited to Kazakhstan in 2019 to speak publicly on the issue at the first-ever Regional Conference on Women’s Empowerment in Afghanistan.

Ms. Ross launched her Washington career in the US House of Representatives where she served as the press secretary for the Chairman of the House Conference. It was there she helped lead the first female bi-partisan Congressional Delegation to Iraq, which focused exclusively on expanding women’s roles in the country, and developing programs like micro-loan opportunities for the women of Mosul.

A proud Cleveland native, Ms. Ross holds a BA in English Literature and Communications from Baldwin-Wallace University in Ohio, where she has taught classes in broadcast news and politics, as well as for several universities’ Washington, DC classrooms. A long-time advisor to the Women’s Foreign Policy Group, she speaks French and Spanish.

Go Back to Our Team.